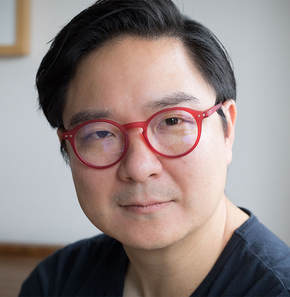 Kenneth Lin is an Emmy-nominated screenwriter and playwright and currently an Executive Producer on STAR TREK: DISCOVERY.

Kenneth began his television career writing on HOUSE OF CARDS, for which he was nominated for an Emmy and WGA Award. Kenneth has previously written for CLARICE (CBS), WARRIOR (Cinemax/HBO Max), and SWEETBITTER (Starz). He recently signed an overall deal with CBS Television Studios.

His theatrical plays including WARRIOR CLASS, INTELLIGENCE-SLAVE, and KLEPTOCRACY have been performed around the world and garnered widespread acclaim. He is the winner of the Princess Grace Award, The Alliance Theatre's Kendeda Graduate Playwriting Competition, The Williamstown Theatre's L. Arnold Weissberger Award, and the TCG Edgerton New Play Prize.

​Kenneth is an alumnus of Cornell University, the U.S. Fulbright Fellowship, and the Yale School of Drama where he was awarded the Cole Porter Prize for excellence in playwriting. Kenneth is currently adapting FAREWELL MY CONCUBINE as a Broadway musical with Tony-winning composer Jason Robert Brown. His latest play EXCLUSION will premiere in 2023.